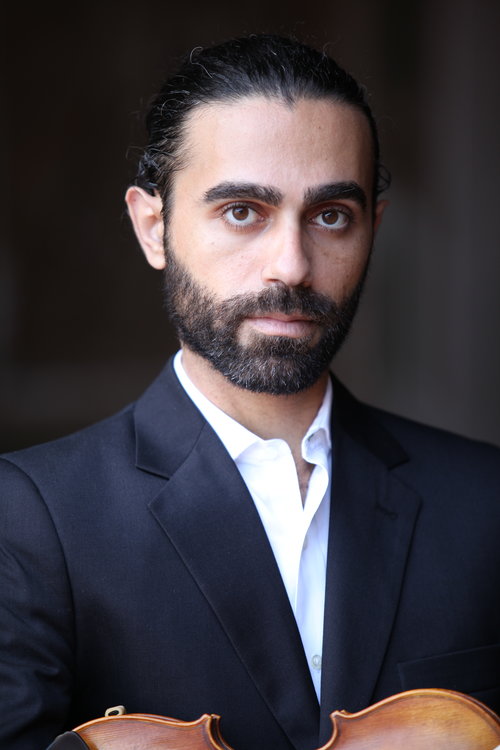 A native of Syria, Dr. Samer Ali is a physician, Arab-violinist, musical director of Takht al-Nagham and founder and president of the Syrian Music Preservation Initiative.

Samer co-founded the Damascus-based Awj Arab music ensemble (2007-2011), and performed with the Ugarit Ensemble (1996-2006), and the Orchestra of the Bronx in New York City. In the year 2010 Samer was featured by Moncef Genoud at the Damascus Opera House. He has collaborated with musicians in the United States and Syria, such as Ramez Khaskiyya, Bassam Saba, and Michel Merhej Baklouk.

Samer plays a 1957 Oud by Mahmoud Safi of Damascus, Syria.

In medicine, Samer received his M.D. from Tishreen University in Latakia, Syria and, later, completed medical residency in Anatomic and Clinical Pathology at Mount Sinai Hospital. Currently, he is a surgical pathology fellow at Lenox Hill Hospital in Manhattan, New York.